[Ed. – She suggests an alternative that he deliver the Union address in writing to Congress. All of this is Pelosi’s way of saying she’d prefer that he not address the American people, which she is in no position to control.]

House Speaker Nancy Pelosi is seeking to delay President Donald Trump’s State of the Union address until after the government shutdown is over.

“A State of the Union address has never been delivered during a government shutdown,” she said in a letter to Trump, adding “Given the security concerns and unless government re-opens this week, I suggest that we work together to determine another suitable date after government has re-opened for this address or for you to consider delivering your State of the Union address in writing to the Congress on January 29th.”

Pelosi referenced the lack of pay to the U.S. Secret Service and the Department of Homeland Security employees, and the possible effect on security surrounding the landmark yearly event.

Washington Post warns of fake edition circulating
Next Post
Families of victims of illegal immigration storm Pelosi’s office; she refuses to meet with them 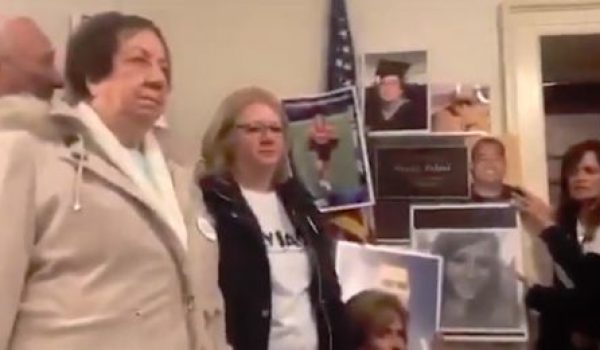