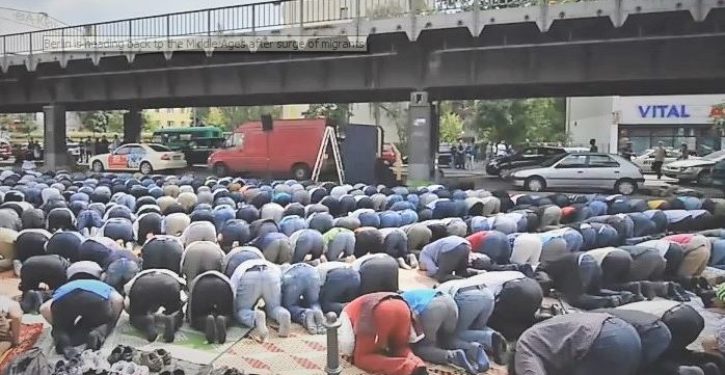 [Ed. – Could Muslim terrorist really be so careless as to leave their prayer rugs behind?]

Ranchers and farmers near the U.S.-Mexico border have been finding prayer rugs on their properties in recent months, according to one rancher who asked to remain anonymous for fear of retaliation by cartels.

The mats are pieces of carpet that those of the Muslim faith kneel on as they worship during their unauthorized trek into and through the United States.

“There’s a lot of people coming in not just from Mexico,” the rancher said. “People, the general public, just don’t get the terrorist threats of that. That’s what’s really scary. You don’t know what’s coming across. We’ve found prayer rugs out here. It’s unreal. It’s not just Mexican nationals that are coming across.”

The rancher, who lives with her family in a remote, southwestern part of the state, said the discoveries raise questions about how many people who illegally entered the U.S. in Hidalgo County, N.M., traveled thousands of miles from overseas to sneak across the southern border.

She is one of just a few hundred residents of Animas, N.M., a tiny town that sits between the international border and the Border Patrol’s Lordsburg Station, which is 95 miles north of the boundary.