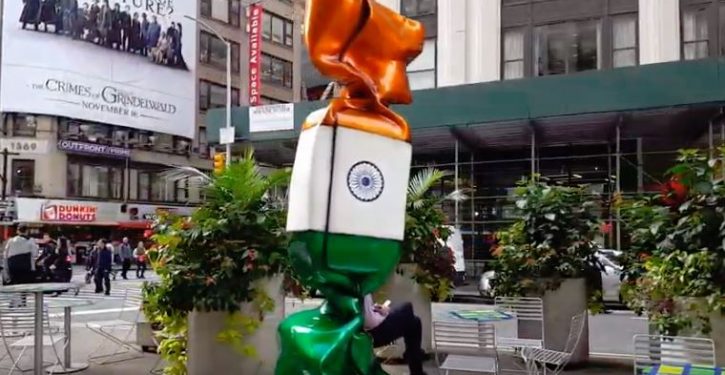 One of the sculptures in the 'Candy of Nations' collection (Image: YouTube screen grab)

[Ed. – This could be a bigger obscenity and slap in the face of survivors of the 3,000 Americans killed on 9/11 than the plan to build a mosque near ground zero.]

A sculpture celebrating Saudi Arabia’s place in the G20 Summit was erected on the World Trade Center grounds last week, a stone’s throw away from the 9/11 memorial.

Shaped to resemble a piece of candy, the nine-foot-tall statue bears the … Arabic inscription, “There is no god but Allah, and Mohammed is the prophet.” It was created by French sculptor Laurence Jenkell in 2011 as part of the larger installation “Candy Nations” which depicts G20 countries as sugary delights, and has since been featured in over 25 countries. All 20 sculptures are currently on display outside the Oculus shopping center.

“I first created flag candy sculptures to celebrate mankind on an international level and pay tribute to People of the entire world,” Jenkell told Observer in a statement. “Given the unique and justified sensitivities surrounding the World Trade Center, it came to my mind to propose to remove the sculpture showcasing the flag of Saudi Arabia, or relocate it to a less sensitive location. But there is no way I can do such a thing as the flag of Saudi Arabia is entirely part of the G20 just like any other candy flag of this Candy Nations show.” 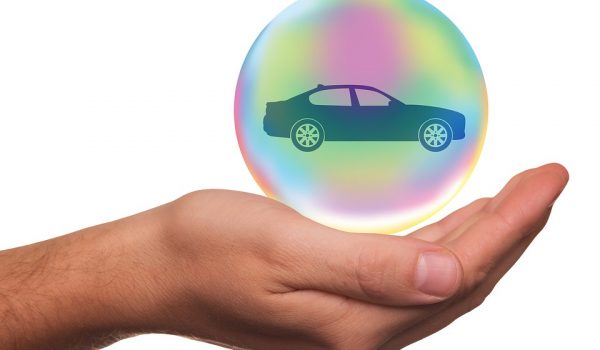 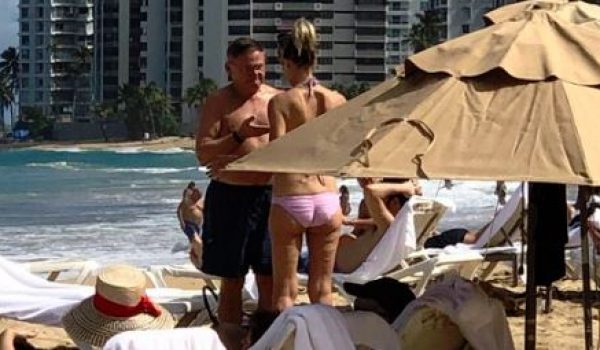