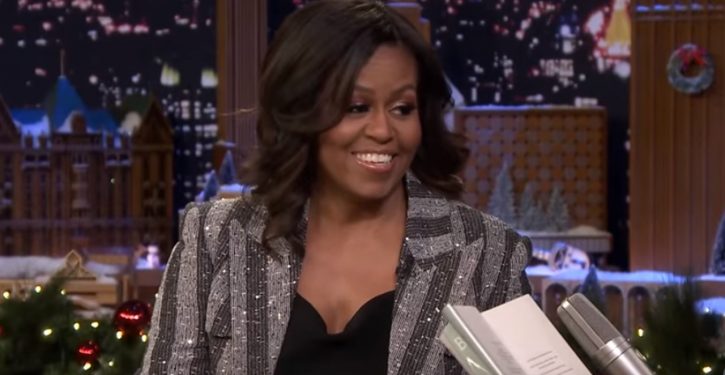 [Ed. – The MSM drumbeat out there has been quite noticeable.  Michelle O’s memoir Becoming is listed as #1 on the NYT best seller list, which I admit is hard for me to believe.  She’s just not that interesting.  Yesterday, a blurb somewhere – can’t find it now – showed the memoir at #1 in Finland and Singapore too, which much as we respect Finland and Singapore seems like something of a reach, endorsement-of-fascinated-interest-wise.  Ben Bowles wrote on the former first lady’s prospects earlier in the week, noting that in a different life, she’d like to be Beyoncé.  Probably not a showstopper for the Oval Office.]

Managed by the same company that promotes Beyoncé’s concert tours, the ten stops of the first leg of her national tour in November and December of 2018 were at arenas with seating capacities hovering around 20,000, not only in Washington, D.C., but also in states like New York, Massachusetts, Colorado, Pennsylvania, Michigan, Tennessee, Illinois, California, and Georgia.

And then, to begin this New Year, a few days ago she announced that 14 additional speaking engagements have now been scheduled — so far — to allow even more sell-out crowds to attend her “A Conversation with Michelle Obama” tour in similarly huge venues located this time around in Oregon, Washington, Arizona, Texas, Minnesota, Wisconsin,Ohio, and Florida. 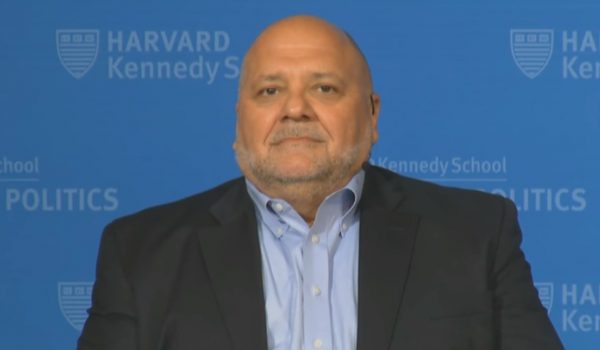