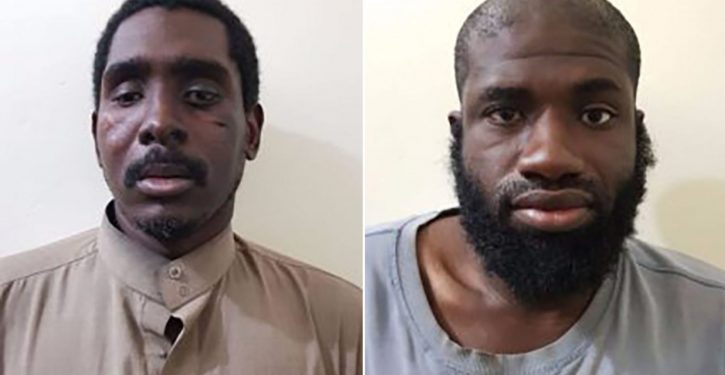 Two Americans were among five ISIS fighters recently captured in eastern Syria, according to a spokesman for the U.S.-backed Syrian Democratic Forces.

The Americans were identified as Warren Christopher Clark (aka Abu Mohammad al-Ameriki) of Houston, and Zaid Abed al-Hamid (aka Abu Zaid al-Ameriki), originally from the U.S., but no specific location was reported.

Clark was identified in an NBC News report last February as an American who had sent his resume to ISIS, in hopes of joining the terror group.

“We are aware of open source reports of reportedly American citizens currently in custody who were believed to be fighting for ISIS,” Navy Cmdr. Sean Robertson, a Pentagon spokesman, told Fox News in a statement. “However, we are unable to confirm this information at this time. The incident is under investigation.”

The three other fighters captured included one from Ireland and two from Pakistan, according to a Twitter message by Mustafa Bali, the SDF spokesman.