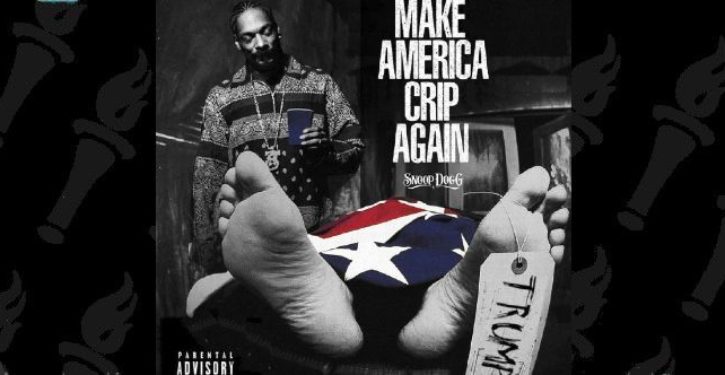 Snoop Dogg urged all federal employees impacted by the partial government shutdown to not vote for President Trump in 2020.

If they do, the rapper said “y’all some stupid mother*ckers.”

“All you people for the federal government that are not getting paid right now: Ain’t no f*cking way in the world y’all can vote for Donald Trump when he come back up again,” Snoop Dogg told his followers in an Instagram video posted Saturday. “If you all do vote for him, y’all some stupid mother*ckers. I’m saying that to y’all early.”

The rapper, whose real name is Calvin Cordozar Broadus Jr., said Trump’s approach to negotiations that could end the shutdown shows that the “motherfucker don’t care.” Trump has refused to back down from his demand for $5.6 billion to fund his proposed southern border wall, which congressional Democrats won’t agree to meet.

“So f*ck him too, and f*ck everybody down with Donald Trump,” he said.