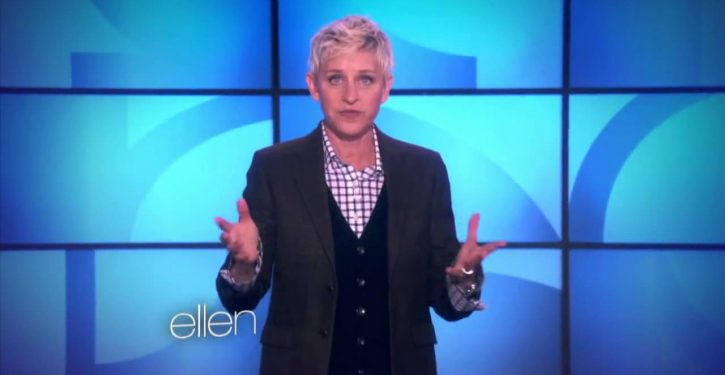 Less than a month after Ellen DeGeneres told the New York Times she feels restricted by her happy-go-lucky daytime persona, she switched it up big time by advocating for Kevin Hart to host the 2019’s Oscars ceremony during an interview with him on her show. Hart famously walked away from hosting after the Academy asked him to apologize for homophobic tweets he wrote between 2009 and 2011. When DeGeneres’s stance in the interview leaked Thursday, sparking early backlash, she published a sneak peak Friday morning and moved the episode to premier days early on Friday afternoon. In the preview, she agrees with Hart that the reactions to his tweets were overblown during the hosting debate and says she “prays” he’ll return to the still host-less ceremony.

“There are so many haters out there. Whatever’s going on on the internet, don’t pay attention to them. That’s a small group of people being very, very loud. We are a huge group of people who love you and want to see you host the Oscars,” DeGeneres said. “As a gay person … I’m sensitive to all of that and I’ve talked to you about [homophobia] and you’ve already expressed that it’s about education.”