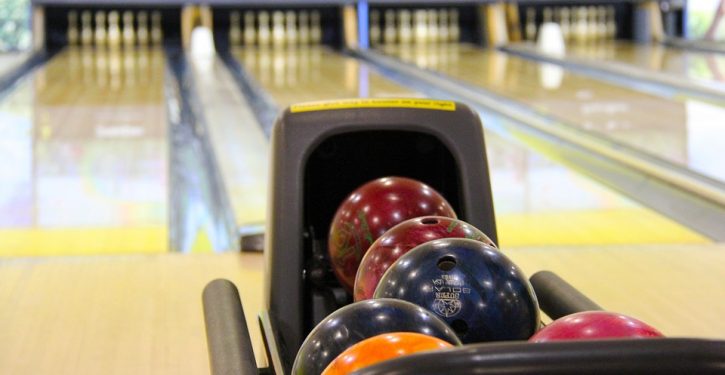 [Ed. – We’re old enough to remember when bowling was a safe recreational pastime.]

Three men were fatally shot and four were injured late Friday at a Torrance bowling alley, police said, and relatives and friends wept and shouted outside as they awaited word on the victims.

The shooting, which was apparently preceded by a fight, was reported at 11:54 p.m. at Gable House Bowl on Hawthorne Boulevard, near Sepulveda.

Officers arriving at the bowling alley discovered multiple people with gunshot wounds and began life-saving treatment. Three men died at the scene. Two injured males were taken to a hospital, and two others opted to seek medical attention on their own.

Officers were trying to identify the gunman or gunmen. No arrests were reported.

The scene was chaotic outside the bowling alley early Saturday. Slowly but gradually, people gathered behind the police tape were hearing that someone they knew was inside or had been killed. Some looked through photographs trying to pick out who may have been the gunman.

One man had a wound on his back that was covered with large bandages. His white shirt was torn and bloodstained.

Whatever happened to ‘If you don’t respect the man, at least respect the office’?
Next Post
Lights out: Tech malfunctions mar Elizabeth Warren Iowa debut