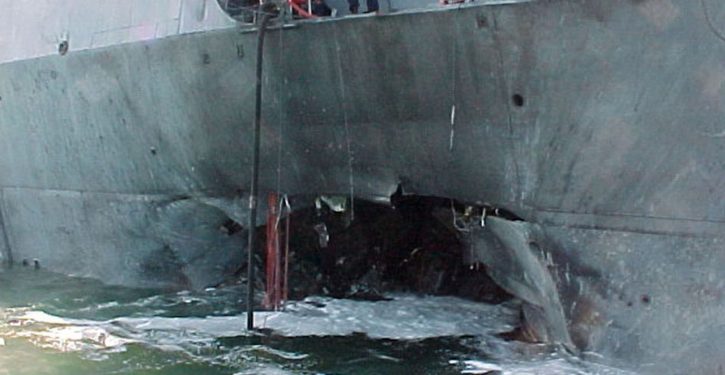 [Ed. – Been waiting a long time for that one. It’s a reminder that Al Qaeda still controls much of Yemeni territory, and Yemen can’t be simply abandoned as a U.S. national interest.]

The terrorist who was one of the planners responsible for the bombing of the USS Cole in 2000 which killed 17 American sailors and wounded 39 others, has been killed in a U.S. airstrike in Yemen, according to a Trump administration official.

Jamel Ahmed Mohammed Ali Al-Badawi, who was a member of Qaeda, helped plan the October 12, 2000 attack; in 2003, the U.S. Justice Department indicted him as one of the last main co-conspirators who were still at large. …

The attack was the deadliest against a U.S. naval vessel since the Iraqi attack on the USS Stark in 1987. In June 2001, an al-Qaeda recruitment video that featured Osama bin Laden bragged about the attack.