“There’s an element where, yeah, people are going to have to start paying their fair share in taxes,” the freshman New York lawmaker said in an interview with Anderson Cooper that’s slated to air Sunday on CBS’ “60 Minutes.”

In a clip of the interview that was released on Friday, Cooper asked Ocasio-Cortez about the specifics of the “Green New Deal,” a plan that calls for reducing carbon emissions to zero and moving the country off of fossil fuels in 10 years.

“Once you get to the tippie-tops, on your $10 millionth dollar, sometimes you see tax rates as high as 60% or 70%. That doesn’t mean all $10 million dollars are taxed at an extremely high rate. But it means that as you climb up this ladder, you should be contributing more,” Ocasio-Cortez said.

She also acknowledged that her goal is “ambitious.” 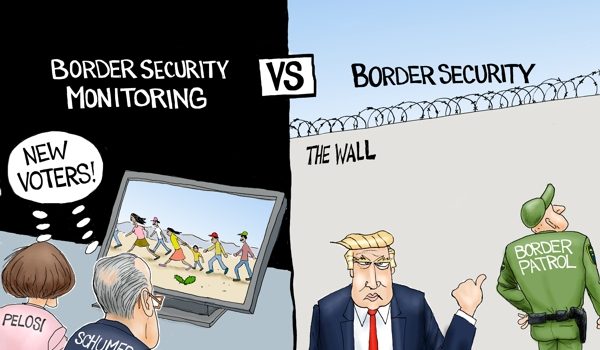 Cartoon of the Day: Monitoring vs. securing
Next Post
Dem introduces bills to eliminate Electoral College, stop presidents from pardoning themselves