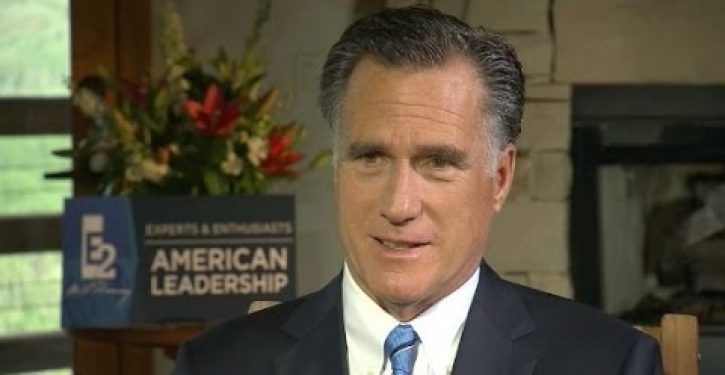 [Ed. – Not to mention ungrateful since he once sought — and got — Trump’s support.]

The Republican National Committee blasts Mitt Romney for his criticism of Pres. Trump.

RNC Chairwoman Ronna McDaniel – who is Romney’s niece – took to Twitter Wednesday saying it’s disappointing and unproductive to see an incoming senator attack the president as their first act. She added the president is attacked and obstructed by Democrats and the mainstream media 24/7 and Romney is feeding into what they want.

POTUS is attacked and obstructed by the MSM media and Democrats 24/7. For an incoming Republican freshman senator to attack @realdonaldtrump as their first act feeds into what the Democrats and media want and is disappointing and unproductive. https://t.co/ArhI7Bi7bo

McDaniel has been a strong supporter of Pres. Trump since his bid for the presidency. Pres. Trump has asked her to serve another term as RNC Chair through his 2020 re-election campaign.