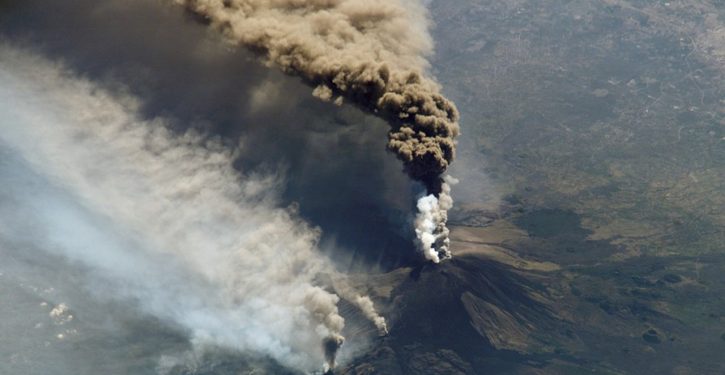 [Ed. – A 4.8 magnitude earthquake can be especially meaningful for an active volcano.  Seems to be a lot of seismic wiggling going on out there.]

An earthquake triggered by Mount Etna’s eruption jolted eastern Sicily before dawn Wednesday, injuring at least 10 people, damaging churches and houses on the volcano’s slopes and prompting panicked villagers to flee their homes.

Italy’s Civil Protection officials said the quake, which struck at 3:19 a.m., was part of a swarm of some 1,000 tremors, most of them barely perceptible, linked to Etna’s volcanic eruption this week.

Italy’s national seismology institute said the quake had a magnitude of 4.8 on the open-ended Richter scale and 4.9 on the moment magnitude scale, which relates to the amount the ground slips.