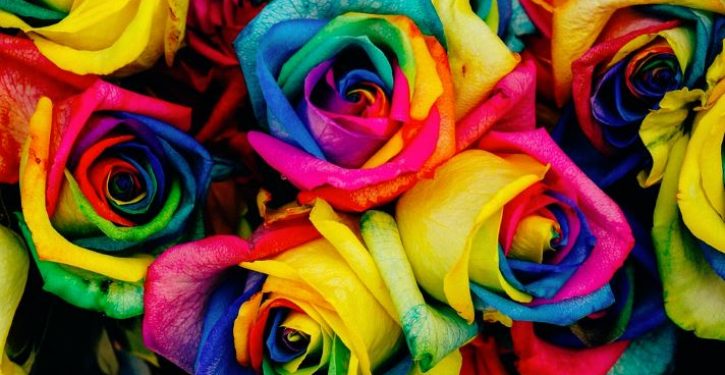 The two Arizona small business owners make custom artwork for hire. They are also devout Christians. After hearing about nondiscrimination laws in other locales being used as weapons against people of faith, they began to realize how vulnerable they are. Their city, Phoenix, has a private sector nondiscrimination law covering “sexual orientation,” which is coded language for sexual conduct. Seeing that it was only a matter of time before the LGBT community decided to ambush them in the same way it did Colorado baker Jack Phillips, they decided to file suit against the city. The Arizona Supreme Court will hear their case in January.

As crazy as it sounds, violations of this law are punishable by hard time. That’s right — not making custom artwork for sham same-sex weddings is a crime so heinous that it can result in actual confinement. Every day that a violator persists in her violation carries a penalty of six months in prison.

I can just imagine these two ladies in a rough prison block filled with beefy, tattooed lesbians, who I am sure will be kind to them for what they have done for the “LGBT community.” The conversations would be comical. “What are you in for?” “Not making wedding invitations.” “No, seriously. All joking aside, what are you in for?”

The law in question runs roughshod over at least three provisions of the U.S. Constitution — free speech, free exercise of religion, and the prohibition on involuntary servitude — not to mention Arizona’s Religious Freedom Restoration Act. Come January, it ought to be eviscerated. Time will tell.

Duka and Koski seem to be hanging their hats on a free speech argument. For some reason, courts seem more sympathetic to those pleas, despite free speech and free exercise of religion having apparent equal footing in the Constitution. The women claim that they serve all customers but won’t use their talents to make artwork for all events.

Not that it matters to me. Their argument is sound, but a broader argument against all private sector nondiscrimination would be equally sound. Such laws are brutal, un-American, and unconstitutional.

Private sector nondiscrimination laws have an ugly history. No, there was never a time when they were “needed,” not even in the 1960s. Such laws were unconstitutional then, are now, and will be until such time as the Left repeals the amendments that they fervently despise.

Examples abound. Another case involving two women, Ann Hacklander-Ready and Maureen Rowe, demonstrates what a miscarriage of justice these laws are.

In 1989, these two single women advertised for a roommate. Another woman, Caryl Sprague, answered the classified ad and was reportedly open about her lesbian lifestyle. At first, Hacklander-Ready and Rowe accepted Sprague’s down payment but later changed their minds. They informed Sprague that they were not comfortable living with a lesbian.

I can’t blame them. Presumably, they would be equally uncomfortable living with a man, so it makes sense that they would be uncomfortable living with a woman with the same sexual appetites as a man. But it’s not important that I understand their reason; what matters is that it’s their decision to make. Government should not dictate roommate selection. If Party A doesn’t want to live with Party B, she shouldn’t have to.

Unfortunately, the Wisconsin Supreme Court ruled against Hacklander-Ready and Rowe. The women were forced to pay thousands in damages and attend “sensitivity training,” à la Communist China, at a local homosexual organization — all for wanting to choose their own roommate.

In a terrifying twist, the court found that the women forfeited their rights when they sought to rent a room “for profit.” I don’t understand the relevance but I don’t believe they were profiting. They were merely looking for someone to share costs.

According to the majority opinion:

Appellants cite many cases which they argue support their constitutional challenge. … However, those cases deal either with the right to privacy in the home or family or the right to engage in first amendment activity free of unwarranted government intrusion. Appellants gave up their unqualified right to such constitutional protections when they rented housing for profit.

Wait, what? The apartment in question was not their home? But that’s not even the scariest implication. The court found that people seeking roommates enjoy no constitutional protections. It’s somewhere in William O. Douglas’s “penumbras,” I’m sure.

Another case from Michigan paints an even more dreadful picture. In 2010, a Grand Rapids woman posted an advertisement on her church’s bulletin board asking for a female Christian roommate. Someone dropped a dime, and the Fair Housing Commission of Western Michigan came after her for violating the state’s Elliot Larsen Civil Rights Act.

“It’s a violation to make, print or publish a discriminatory statement,” said Nancy Haynes of Fair Housing. “There are no exemptions to that.”

Charges were later dropped, though they shouldn’t have been because Nancy Haynes was right. The Larsen Act is pretty darned clear:

A condition, restriction, or prohibition, including a right of entry or possibility of reverter, that directly or indirectly limits the use or occupancy of real property on the basis of religion … is void, except a limitation of use as provided in section 503(1)(c) or on the basis of religion relating to real property held by a religious institution or organization. …

Again, the government had appointed itself the arbiter of roommate selection. That’s not a misapplication of the law; it’s what it actually says. The law itself is complete garbage and ought to alarm any sane person, but it’s entirely within the Larsen Act’s spirit and letter to charge this lady with discrimination for her bulletin post. She’s undeniably guilty of violating an abominable law.

Even Jack Phillips, the Colorado baker who won a Supreme Court case against homosexual bullies, isn’t immune from these kind of harassment lawsuits. Soon after his case was taken up, a transgender “woman” sued him for refusing to make a “gender transition” cake for his big revelation. In Phillips’s previous case, he was accused of discriminating because he willingly made wedding cakes for opposite-sex couples but not for same-sex couples. That’s blatant discrimination, right?

No. But even if it were, I wouldn’t care.

What about the illegal practice of real estate “steering?” For those not familiar with the term, “steering” is what real estate agents do when they push clients toward or away from certain neighborhoods based on race. “Steering” is illegal under the atrocious Fair Housing Act of 1968 and copious state laws. A real estate agent can lose his license for “steering.”

It doesn’t matter one iota if the clients want to be steered. If a white family asks their agent to show them only homes in a predominately white neighborhood, the real estate agent is not allowed to ascent. To be safe, the agent should drop the clients.

How stupid is that?

Basically, the law says that an agent must waste his time, and the clients’, showing them houses they don’t want. Those “evil,” “racist” clients will presumably settle in a place where they feel comfortable, but the agent can’t help them do that, even though he supposedly works for them.

Obviously, the clients learn how to talk around their actual desires. They say that they want to live in a low-crime area with good schools, which almost always excludes black districts. This silly game of make-believe requires both sides to play along. The white family may not declare its preference for a white neighborhood, and the agent may not volitionally give them what they want, but in the end that’s what happens. It’s the closest thing that the government has yet come up with to forcing people to live in places where they don’t want to live. I suspect that such coercion isn’t too far over the horizon either, given the Obama administration’s heavy-handed approach to “integrating” neighborhoods. As sure as the sun will rise, the next Democrat president will pursue this initiative.

Private sector nondiscrimination laws are anathema to our way of life. They do not enhance freedom in any sense of the word. They limit agency, property rights, and our constitutional protections. They are the weapons of bullies, and frankly, I don’t want bullies to have weapons. Tear them all down. 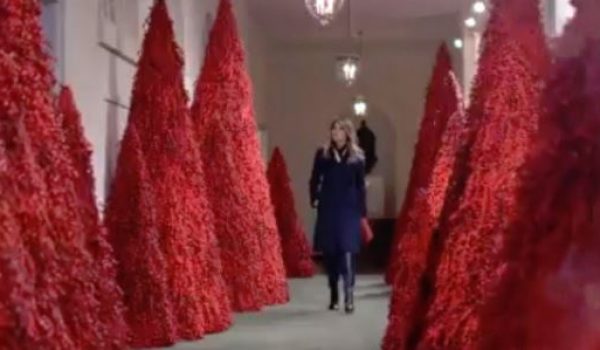