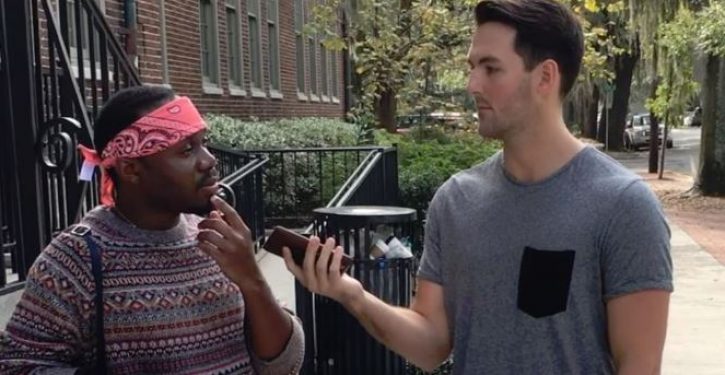 [Ed. – These students are even more clueless than the ones at Lebanon Valley College who wanted to change the name of ‘Lynch Memorial Hall’ because of the racial overtones of the word lynch.]

Students at the Savannah College Of Art And Design in Georgia started a petition in October to remove the name of Supreme Court Justice Clarence Thomas from a building on campus.

Citing their belief that Thomas is “anti-woman” and doesn’t represent the values of the college, the petition garnered over 2,000 signatures from angry students and members of the community.

But do the people who support removing Thomas’ name understand why they’re so opposed to him?

Campus Reform‘s Cabot Phillips headed to Savannah to find out.

Most students Phillips spoke with were clear in wanting the building name changed. They were not so clear in what it was they were so upset about.

One student, after saying she would sign the petition, admitted, “I don’t know I haven’t done much research on this. I just saw the petition and that’s the extent of it.” Another student in support of the petition echoed a similar sentiment, saying, “well I don’t actually know what he did,” while yet another added, “I really don’t know anything about him.”