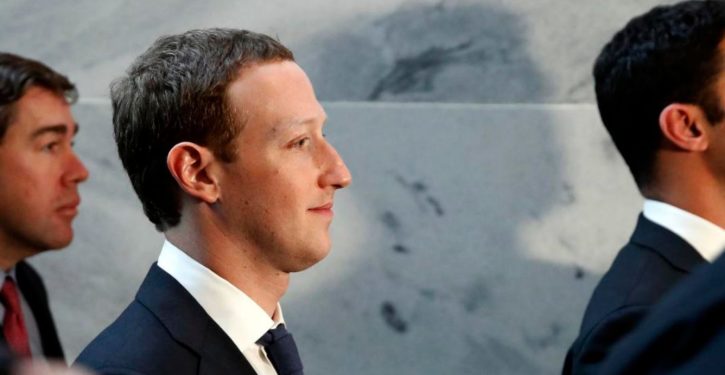 [Ed. – We were just talking about this. In a highly unusual move, Parliament literally detained an American from another company, to compel him to turn over documents in preparation for this committee’s work.  Facebook’s Richard Allan was there as Zuckerberg’s representative, but the Canadians, for their part, were very upset that Zuckerberg himself was absent.  Apparently the committee learned on Tuesday that the Russians did something terrible with a Pinterest API key, back in 2014.  Bonus point: note the sign for the activist group Avaaz in the image at the “continue reading” link. Heavily funded by Soros.  Started by MoveOn.org in 2007.]

Concerns over the social media giant’s practices, the role of political adverts and possible foreign interference in the 2016 Brexit vote and U.S. elections are among the topics being investigated by British and European regulators.

“We’ve never seen anything quite like Facebook, where, while we were playing on our phones and apps, our democratic institutions … seem to have been upended by frat-boy billionaires from California,” Canadian lawmaker Charlie Angus said at a special international hearing at Britain’s parliament.

“So Mr Zuckerberg’s decision not to appear here at Westminster (Britain’s parliament) to me speaks volumes,” he said, later suggesting Facebook could be broken up to help address the issues.