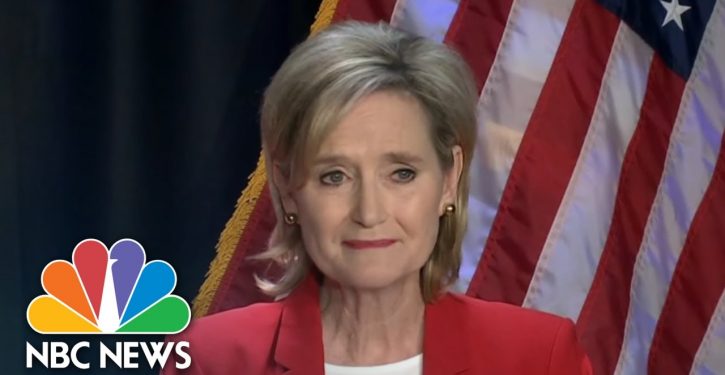 [Ed. – She had to outlast a tremendous onslaught of scurrilous libel and innuendo about “racism” to do it.  Clearly, every electoral race is going to be like this for the foreseeable future.  The Democrats’ smear machine will tell whatever lies it can come up with, no matter how little basis they have in fact.]

Mississippi Sen. Cindy Hyde-Smith (R.) defeated Democratic challenger Mike Espy on Tuesday in a runoff Senate election to become the first woman ever elected to Congress in the state.

The Associated Press called the race for Hyde-Smith at 10:24 P.M. ET. Espy, a former congressman and secretary of agriculture, was trying to become the first African-American Senator elected in Mississippi since Reconstruction.

Hyde-Smith was the heavy favorite in Mississippi, which President Donald Trump won by 18 points in 2016 and hasn’t elected a Democratic senator in decades. …

The victory of Hyde-Smith, who was appointed to fill the seat of Sen. Thad Cochran (R., Miss.) in April after he resigned for health reasons, solidifies a 53-47 Senate majority for the Republicans in the new Congress.