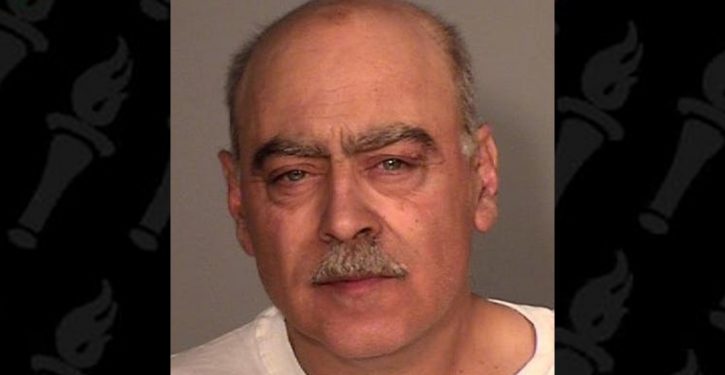 [Ed. – Sounds like this guy is mentally disturbed. Seems to be a lot of that going around.]

A motorist slammed an SUV into the front gate at the governor’s residence in St. Paul Sunday night, and state troopers ordered the man out of the vehicle at gunpoint before arresting him, according to the State Patrol.

Clinton L. Fouquette, 59, of St. Paul, was charged with criminal damage to property and terroristic threats. He remained jailed Monday ahead of his first court appearance on Tuesday. …

Gov. Mark Dayton was home at the time, said spokeswoman Caroline Burns, but “was never in danger. The State Patrol quickly contained the situation and apprehended the suspect.” …

After Fouquette was removed from the vehicle, he told troopers “he had many problems and … believed the only solution was to speak with the governor.”

He went on to tell paramedics that he had medical problems and was weary of “all the electricity” under his skin, the criminal complaint quoted him as saying.