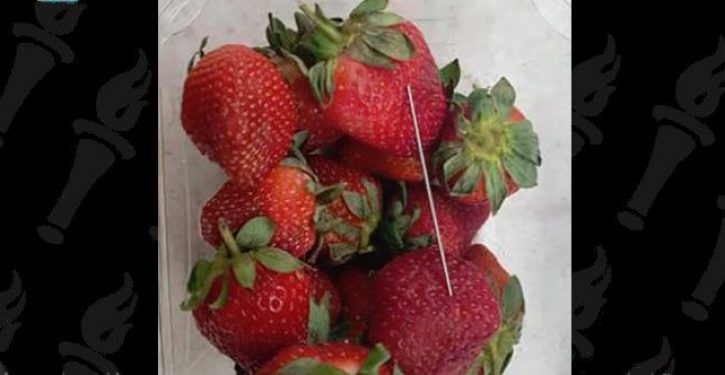 [Ed. – With so many crazies rounding around, nowhere is safe.]

Australian police say they have arrested a woman in connection with an investigation into needles found in supermarket strawberries earlier this year.

A 50-year-old woman was arrested Sunday after a “complex investigation” into the alleged contamination of strawberries in Queensland, the Queensland Police Service said in a statement.

She is expected to appear in Brisbane Magistrates Court on Monday.

The arrest follows at least 100 reported cases of sewing needles or pins found in fruit across the country.

The needles were found in strawberries in all six Australian states and in at least six different brands. There were also isolated cases of metal found in a banana, an apple and a mango, with the government saying many of the cases were thought to be “copycat” or hoaxes.

The incidents prompted authorities in the Australian state of Queensland to issue a warning September 12, advising consumers to cut up the fruit.

Hogg: ‘Trump talking more about Broward County now than when 17 people were killed here’
Next Post
MS-13 member sentenced to 40 years for role in videotaped slaying of 15-year-old girl 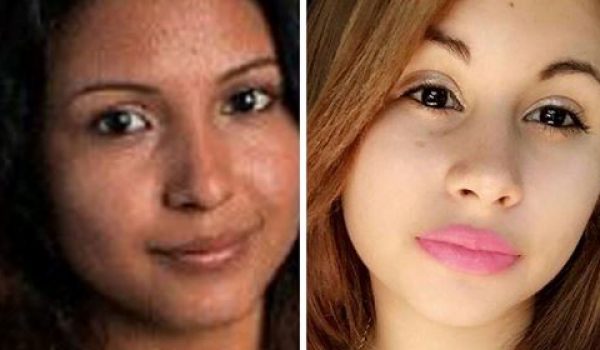