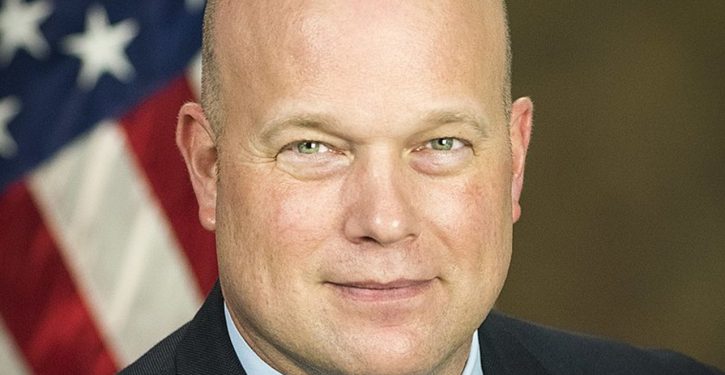 [Ed. – Pity. Now the investigation might not continue through the next millennium, as Democrats have been hoping.]

For nearly 18 months, Rosenstein has overseen the special counsel’s investigation into Russia’s interference in the 2016 election because Sessions had stepped aside from all matters related to the presidential campaign.

But when Sessions’ chief of staff, Matthew Whitaker, leapfrogged over Rosenstein and was named acting attorney general in his boss’ place Wednesday afternoon, questions immediately began to swirl about who Mueller would report to, whether Whitaker must recuse himself from the investigation given his fierce criticism of it, if Rosenstein would quit and whether Mueller’s work will be curtailed.

Whitaker has given no indication he believes he needs to step aside from ultimately overseeing Mueller’s investigation, one person familiar with his thinking told CNN Thursday.

That belief is echoed by White House officials who also do not believe Whitaker needs to recuse himself, sources tell CNN.

From a practical standpoint, one of the sources said, it would defeat the entire purpose of naming him as acting attorney general since Trump railed against Sessions for recusing himself from the Russia investigation.