[Ed. – Sure, who cares that one is dumb as a rock and the other is a virulent anti-Semite? – Cameron Gray]

In what’s been called the “Year of the Woman,” her story is so familiar it’s almost rote: Discouraged and angry after the 2016 election, Veronica Escobar decided the best way to fight an administration she saw as dangerous was to run for office. Like a record-breaking 256 other women, she mounted a bid for Congress.

But Escobar wasn’t motivated solely by feminine rage. The 48-year-old former county commissioner is Latina, and lives in the border city of El Paso, Texas. She told The Daily Beast she decided to leave the local office she’d held for more than a decade after growing tired of the Trump administration’s constant attacks on immigrants.

“I’ve told people that it almost feels like enlisting, like there’s a battle happening in Washington D.C.,” she said. “And I felt this urgent need to participate in this battle that’s going on and to fight on behalf of the community.” 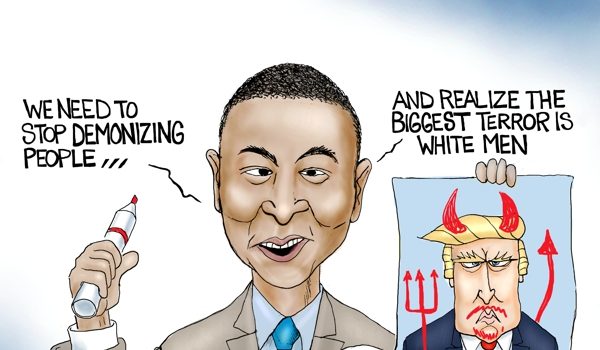