[Ed. – Funny how they knew to direct-message the far-left site ThinkProgress.  Those clever Russian trolls: they know whose heads they live in rent-free.]

Over the weekend, a Twitter account called @IRA_USA1 contacted ThinkProgress. In a direct message, the account — which featured a pea-green troll hunched over a laptop as its avatar — claimed that 2018 would see Russia reprise its role as meddler extraordinaire.

“Do you still worry about Russians controlling your election? That is true,” the account wrote, in the type of stilted English featured in other fake Russian accounts. “We’re still doing it and no one, including [Special Counsel Robert] Mueller, can stop us. There’s no need to spend millions of tax payers’ money on the investigation — we’ll tell all the truth about it ourselves.”

While other Twitter accounts have claimed access to Russia’s trolling operations over the past week — one, which has since been suspended, claimed it had accessed Mueller’s “database” — the @IRA_USA1 account linked specifically to a website: USAIRA.ru.

Great news: France’s Macron sees need for a ‘true, European army’
Next Post
NYC subway bomber explains to judge that he was angry about Trump 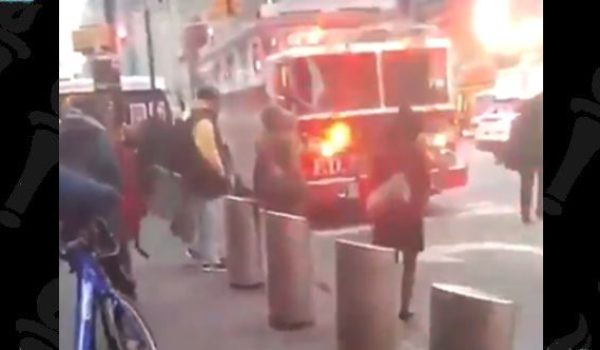