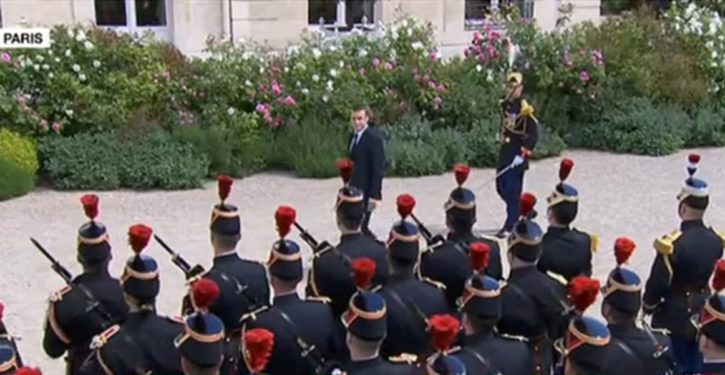 [Ed. – To do what with, exactly? This has “bad for looser-federationists” written all over it.]

French President Emmanuel Macron has warned that Europeans cannot be protected without a “true, European army”, as he marks the centenary of the World War One Armistice.

On a visit to the former Western Front in Verdun, he said Russia had shown it could be a threat and Europe had to be able “to defend itself better alone”.

Russia’s president will be among world leaders marking the Armistice in Paris.

German Chancellor Angela Merkel backed the idea of an intervention force in June, but said it would have to be part of “the structure of defence co-operation”.