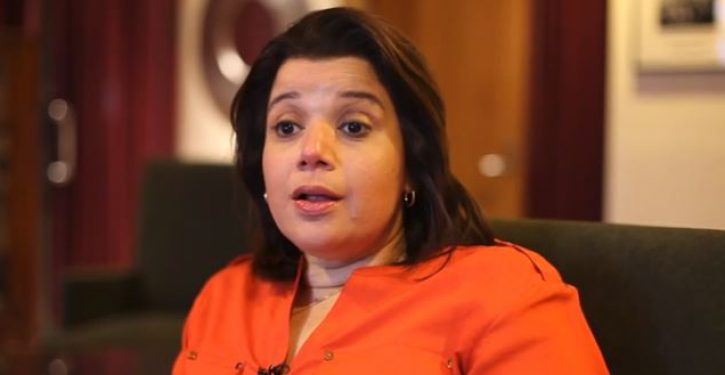 [Ed. – If you wondered why CNN saw fit to run an article by this contentious, closed-minded liberal, the explanation comes in an editor’s note, which advises ‘Ana Navarro is a Republican strategist and CNN political commentator.’ (Emphasis added). Here are some examples of this GOP strategist’s views.]

My Florida absentee ballot had been sitting on my kitchen counter unopened for more than two weeks. Every day, I avoided it as if it was a Zika-infected mosquito. I finally filled it out, and then I schlepped it in my bag for a few more days before putting it in the mail. I was giving myself a chance to change my mind. I wanted to delay the unavoidable.

I am a lifelong Republican. Since I began voting, I have always voted for Republicans running in state races in Florida. This year, I filled out my ballot for Democrat Andrew Gillum. And on Thursday, I finally put it in the mail.

Ron DeSantis, a Republican, ran a primary campaign in which he portrayed himself as Donald Trump’s Mini-Me. His signature issue during the primary was building a wall, which is weird because, well, Florida is not a border state. It’s a peninsula surrounded by water on three sides. Trump weighed in heavily in favor of DeSantis during the primary, who is now deeply in his debt.

The 14th Amendment does not mandate birthright citizenship
Next Post
Hollywood libs: Vote for Democrats, who will stop Trump’s illegal border enforcement