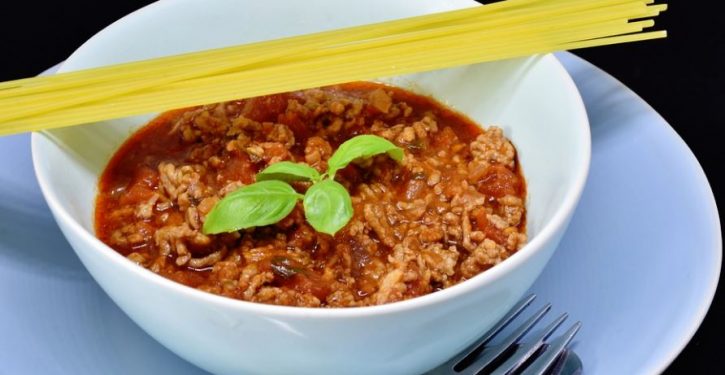 48-year-old Italian vegan has been ordered to pay her mother compensation after threatening to kill her for making traditional Bolognese meat sauce.

The smell of one of Italy’s most cherished dishes – ragù – was enough to set off a domestic disturbance that ended with the mother being threatened with a kitchen knife, a court heard.

Newly unemployed, the daughter had recently moved back in with her mother, who cooked in the typical tradition of rezdore, as housewives are called in the local Emilia Romagna dialect.

One of the signature dishes of every rezdore is Bolognese meat sauce, slow simmered for hours using a variety of meats including diced prosciutto cured ham, ground beef and sometimes chicken livers, then served over pasta or polenta.

Lawyers for the mother, who asked not to be named, said the family dynamic had degenerated due to irreconcilable conflicts over the mother and daughter’s different food cultures – the former heavy in butter, cream and meat, the latter exempt of all animal products.

VIDEO: Chelsea Handler: ‘I’ve become such a kinder, nicer person’ because of Trump being elected
Next Post
VA moving ahead with deadly dog experiments despite criticism from Congress, veterans groups