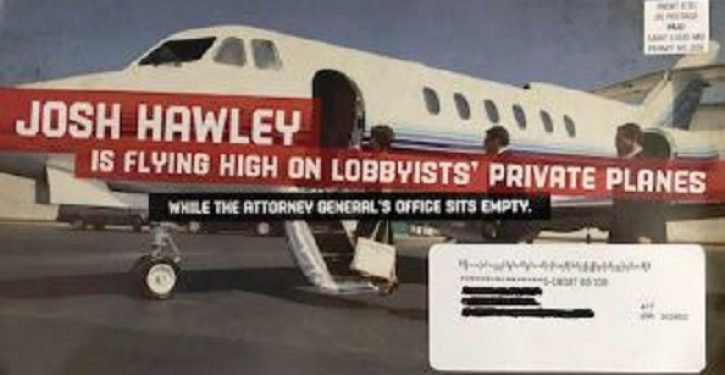 Two dark money mailers sent to thousands of voters without any disclosure of who paid for it—a likely illegal act—were sent by the same St. Louis printing company, which has been used by many Democratic campaigns in the state this cycle.

Though there is no disclaimer of who sent either mailer, the Free Beacon was able to identify the printer who sent out the mailers based on the postage permit number, which is the same on both.