[Ed. – Quick. Launch an investigation into her past, including her high school yearbook and conversations with people who knew her as a teen. It sounds like she has very violent tendencies and is therefore unfit to serve on the high court.]

“There are things he’s said on the bench where if I had a baseball bat, I might have used it,” the Bronx-born judge said of her late colleague Antonin Scalia on Monday.

Scalia was a longtime leader of the Court’s conservative wing, often on the opposite side of Sotomayor on issues such as gay marriage and affirmative action after she was appointed by President Obama in 2009.

Though she disagreed with him often, much of the justice’s speech to a University of Minnesota crowd on Monday dealt with the need for opposing views to work together.

“If we’ve lost anything, it’s remembering that differences don’t stand, necessarily, on ill will,” she said, according to The Pioneer Press.

“If you keep that in mind, you can resolve almost any issue, because you can find that common ground to interact with each other.”

Adam Schiff claims ‘consequences are gonna be grave’ if Republicans win the midterm elections
Next Post
Cartoon of the Day: Angels in disguise 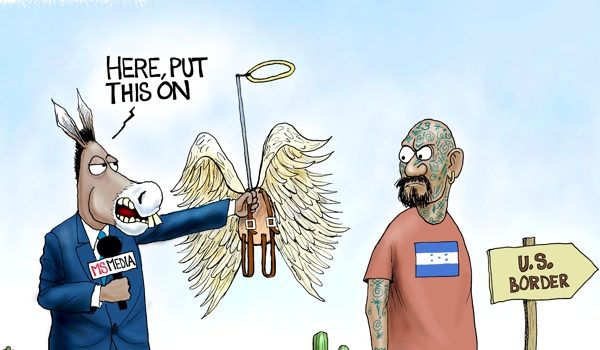