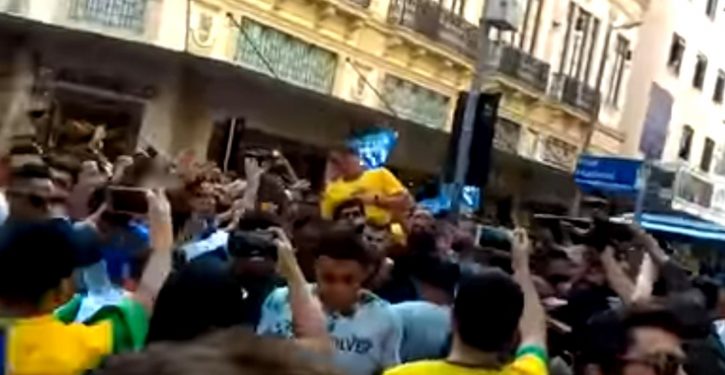 [Ed. – The media are in lockstep calling Jair Bolsonaro “far right.”  He’s right of center, in Latin American terms, and has a running mouth kind of like Trump’s.  He shows no evidence of ideological extremism.  I think people are starting to wise up to the “far right” smear.”  It’s being deployed to discredit anyone to the right of Hillary Clinton.  Bolsonaro is the guy who was stabbed and seriously injured during the campaign.]

Jair Bolsonaro, a far-right former Army captain who won Brazil’s presidential election by a comfortable margin, received a supportive call from U.S. President Donald Trump on Monday and began planning trips to Washington and a conservative ally in Chile.

Trump said he had an “excellent call” congratulating Bolsonaro and tweeted about their plans to “work closely together on trade, military and everything else!”