[Ed. – Hope that a third time is the charm or toss him in a cell at U.S. taxpayers’ expense?]

A Mexican national twice deported from the United States pleaded guilty Tuesday to staging his own kidnapping in St. Paul — complete with duct tape over his mouth and bindings around his hands — in a scheme to win an immigration visa.

Alejandro M. Cortes, 46, admitted in federal court in Minneapolis to visa fraud and illegal entry to the United States.

Cortes holds Mexican citizenship, has “no lawful status in the United States” and was deported in 2001 and again in 2010, the U.S. Attorney’s Office said in announcing his guilty plea.

Prosecutors say Cortes lied to federal agents about being abducted in Chicago and tossed from a vehicle into a St. Paul snowbank in April.

According to charges, Cortes told St. Paul police he had been kidnapped by several unknown men in Chicago days before his April 17 discovery in St. Paul. He said he was threatened with death and held with a bag over his head. He claimed the men told him he would be killed if he called police.

BREAKING: And then were 12 suspicious packages
Next Post
European court rules insulting Prophet Mohammed ‘not freedom of expression’ 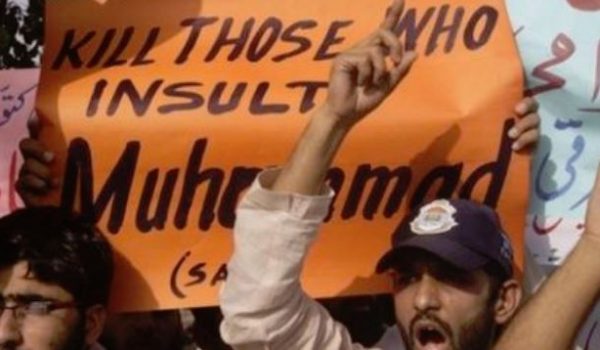