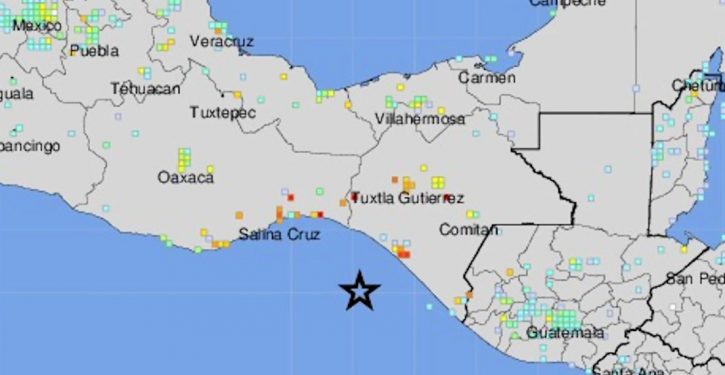 Epicenter of the 8.2 earthquake in September 2017 off southern Mexico. USGS map

[Ed. – Apparently the depth at which the plate continued to split as if it were hard and cracking, instead of softened under intense heat and pressure at the extreme depth, has scientists somewhat at a loss.  The depth concern is reminiscent of this arcane report from 2015, in which the release of “helium-3” and the presence of a rock facies called blueschist indicate an active Los Angeles-area fault is much deeper than previously thought.  No suggestion here that these two distinct phenomena are connected, except in the sense that both would portend exceptionally devastating effects from future earthquakes in which they were involved.]

On September 7, 2017, a magnitude 8.2 earthquake struck southern Mexico, killing dozens and injuring hundreds. While earthquakes are common enough in the region, this powerful event wasn’t any run-of-the-mill tremor.

That’s because part of the roughly 37-mile-thick tectonic plate responsible for the quake completely split apart, as revealed by a new study in Nature Geoscience. This event took place in a matter of tens of seconds, and it coincided with a gargantuan release of energy. …

The new study’s geophysical measurements and models found that the Tehuantepec quake in Mexico was even more bizarre than any of the others. Normal faults can only rupture where the slab is being extended within the shallower segments. The Tehuantepec quake rupture, however, spread to even deeper parts of the slab that should be compressed. 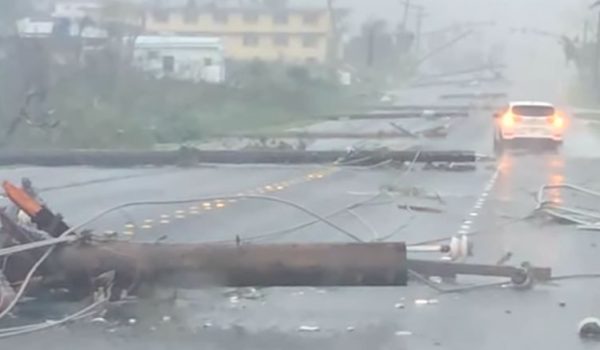 Supertyphoon Yutu has ‘all but destroyed’ U.S. territories Saipan, Tinian in Northern Marianas
Next Post
Report: Terrorists use millions gained through food stamp fraud to fund attacks in U.S., abroad