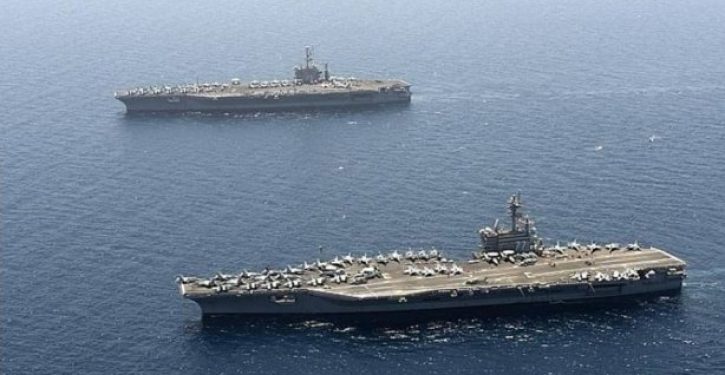 [Ed. – A significant signal, if not one to feel unambiguously pleased about. It’s regrettable after 27 years to perceive a necessity for it again.  Oddly enough, although I (J.E.) didn’t do the 1991 exercise, I was out for the one before it in 1989.  The (then) Soviets were there in force to “observe” the NATO task force and hold us at risk; the old Soviet “Mike” class nuclear attack submarine, a one-off prototype that did some operational time, sank in the Norwegian Sea at that end of the operation.  A different time, now returning in echo.  Give ’em hell, Harry.]

A U.S. aircraft carrier is operating in the Arctic Circle for the first time since the dissolution of the Soviet Union, as USS Harry S. Truman (CVN-75) and escorts entered the Norwegian Sea today.

The Truman Carrier Strike Group has been operating in the Northern Atlantic Ocean for the last month, working with the Royal Canadian Navy and then stopping in Iceland and the United Kingdom recently ahead of its upcoming participation in the NATO exercise Trident Juncture 2018.

Truman’s excursion north of the Arctic Circle is the first since USS America (CV-66) operated there in September 1991 during NATO exercise North Star, according to a Navy news release. …

The Iwo Jima Amphibious Ready is also in the area – though not quite to the Arctic Circle – for a Trident Juncture kickoff event in Iceland. The ships and Marines from 24th Marine Expeditionary Unit were supposed to conduct a cold-weather amphibious landing in Iceland as a practice ahead of the main event in Norway, but rough seas slowed the sail to Iceland and dangerous surf conditions canceled the planned landing. The ARG/MEU instead conducted an air raid near the Keflavik International Airport in southwestern Iceland and will depart for Norway in the coming days. 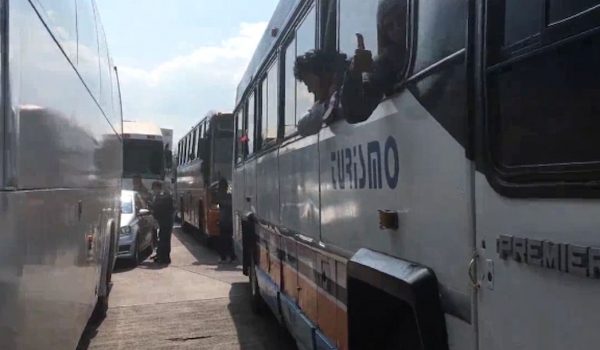