[Ed. – Don’t mistake her remarks as sympathy for the husbands. It’s just another opportunity to dump on traditional values, which some families continue to choose much to the consternation of the Left.]

Arizona Democratic senatorial candidate Kyrsten Sinema not only thought it was okay for Americans to join the Taliban, disparaged the citizens of her home state as racists, and accused former President George W. Bush of “Crowning himself King of the World for Life” and putting arsenic in the country’s water, she has made plain her contempt for stay-at-home moms.

In a 2006 interview with the Scottsdale nightlife magazine 944, Sinema went off the rails when describing stay-at-home moms, blustering, “These women who act like staying at home, leeching off their husbands or boyfriends, and just cashing the checks is some sort of feminism because they’re choosing to live that life. That’s bulls**t. I mean, what the f*** are we really talking about here?”

Sinema was married to a BYU classmate before later divorcing him. She has no children, and is a vehement abortion rights supporter. She co-sponsored the Women’s Health Protection Act. As Carol Tobias, president of the National Right to Life Committee, told the Senate Judiciary Committee. …

Cory Booker says Canada is ‘out-Americaning’ the U.S., and gets immediate blowback
Next Post
63 remains of fetuses found in boxes, freezers in second Detroit funeral home 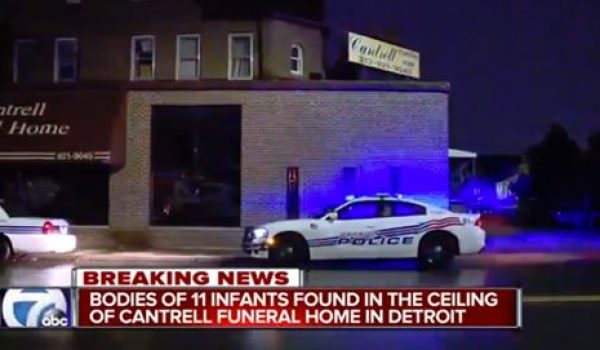