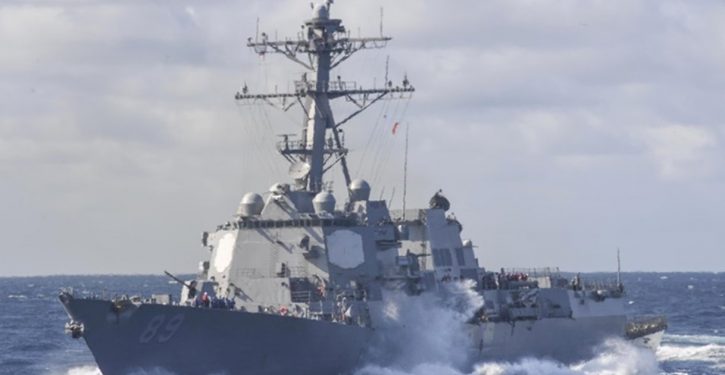 [Ed. – We sent a couple through in July 2018, for the first time since 2007.  Note that Taiwan’s status is actually irrelevant to the right of innocent passage through the Strait of Taiwan, because the strait is an international strait by virtue of geography, custom, and formal recognition.  Even if China had effective sovereignty over both sides of it, China would not have the right under the Law of the Sea to impose arbitrary restrictions on innocent passage transit.  The U.S. warships will be exercising innocent passage.]

The United States is considering a new operation to send warships through the Taiwan Strait, U.S. officials tell Reuters, a mission aimed at ensuring free passage through the strategic waterway but which risks heightening tensions with China.

The U.S. Navy conducted a similar mission in the strait’s international waters in July and any repeat would be seen in self-ruled Taiwan as a fresh expression of support by President Donald Trump’s government.

The U.S. military declined comment and U.S. officials who discussed the deliberations, which have not been previously reported, did so on condition of anonymity. They did not discuss the potential timing for any fresh passage through the strait.

My, my: Look who else is funding Putin’s Russia
Next Post
Report: It’s official – Trump to pull U.S. out of INF Treaty