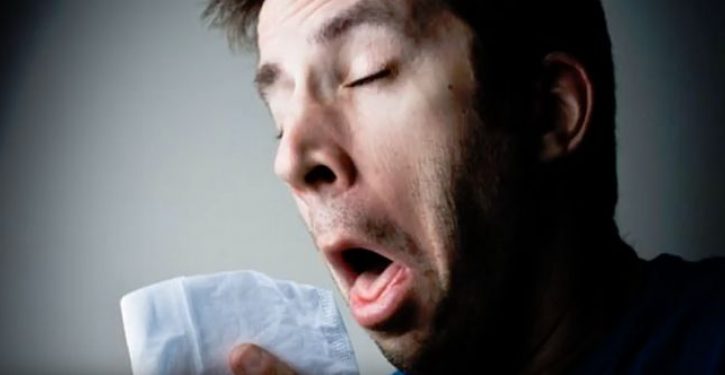 [Ed. – In addition, men who fail to take mandatory training in sneezing daintily face a fine or jail time.]

The UK’s most popular tissue brand, Kleenex Mansize, has been forced to clean up its image after consumers complained its name was sexist.

After more than sixty years Kleenex is phasing out the Mansize tissues name, deciding instead to call the disposable handkerchiefs “Extra Large” tissues.

Kimberly-Clark, which owns Kleenex, said it succumbed to growing public demand to change the name, despite not itself believing that the Mansize branding suggests or endorses gender inequality.

It comes amid a wider backlash against unnecessarily gendered products, with consumers and campaigners criticizing manufacturers of razors, pens, confectionary and other products over “outdated” gender stereotyping.

The Advertising Standards Authority, which regulates adverts, has also said it will ban those that encourage gender stereotypes, such as women cleaning up after their family, or men failing to do housework.

Jimmy Carter: Kavanaugh is ‘unfit’ to be a Supreme Court justice
Next Post
Dem Sen. Claire McCaskill’s husband accused of abuse by ex-wife