[Ed. – Arizona’s supposed to be trending blue, but there doesn’t seem to be a more viable Democrat willing to run for Senate there.  Sinema is a walking disaster area.]

[T]he bad news hitting the [Rep. Kyrsten] Sinema campaign has been pervasive in the final weeks. She stretched the truth about her upbringing, she called Arizona the crazy state, she said it was a meth lab of Democracy; she tried to summon witches to protest the Iraq War. It’s a mess. Now, she’s going after stay-at-home moms for “leeching off their husbands.” Bre Payton at The Federalist has more:

Democratic Senate candidate Kyrsten Sinema, of Arizona, once described stay-at-home moms as leeches in a 2006 interview.

“These women who act like staying at home, leeching off their husbands or boyfriends, and just cashing the checks is some sort of feminism because they’re choosing to live that life,” she told Scottsdale nightlife magazine 944. “That’s bullsh**. I mean, what the f*** are we really talking about here?” 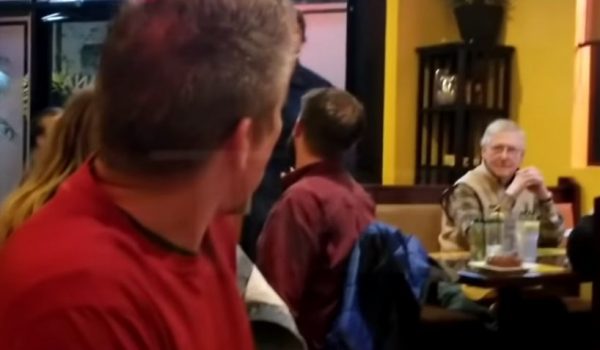 Mitch McConnell harassed in restaurant – but other diners come to his defense
Next Post
My, my: Look who else is funding Putin’s Russia