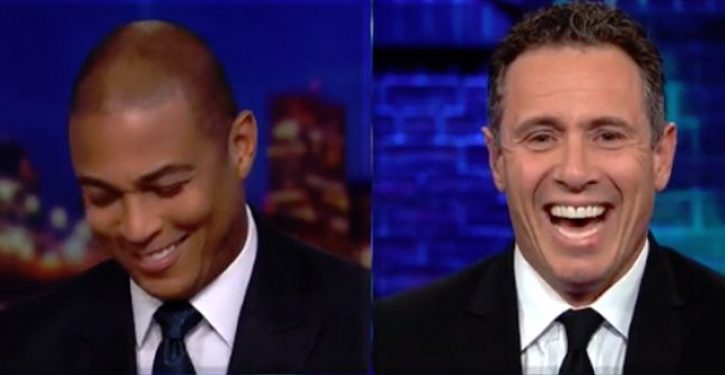 “The media can be a feedback mechanism for what’s out there,” he said. “With Trump, it doesn’t create the energy, it harnesses it, turbo-charges it. That’s Fox.”

He also called out Fox News host Tucker Carlson by name, showing a still image of the pouting Fox News personality and saying this: “He doesn’t have to say anything, he’s just got that pissed puppy dog puss that he has on his face.”

Then, just a few minutes later, Don Lemon joined him for the tradeoff.

Without warning, a squinting Lemon — who while gifted with other talents likely does not have a shiny future in Fox News personality impersonations — tried his hand at Carlson’s “pissed puppy dog puss.”

“What are you talking about Chris, you are unhinged!” Lemon said, borrowing one of Carlson’s favorite words. “Surely, you are smarter than that! … Don’t be dumb.”

“You’re trying to do the puppy dog puss!” Cuomo finally said, as Lemon broke out into a laugh.

Fifth-grade students given survey that asks about their sexual history, gender identity
Next Post
Another ‘caravan’ of more than 1,000 Hondurans trek north toward U.S. border