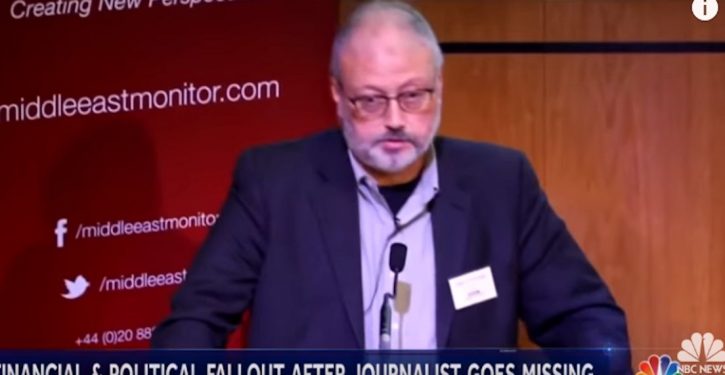 [Ed. – Question 1 is supremely important, and the evidence still remains missing. I’ve seen people complaining that the Saudis are being given the benefit of the doubt when the Russians weren’t, regarding recent and previous toxic poisoning cases in the UK.  But those poisoning cases actually had afflicted bodies, including dead ones.  In Khashoggi’s case, we don’t have a body. The answers need to start with an accounting on that.]

To cast some light on the issue, I thought it was worthwhile asking what seem to me the central questions.

1. Is There Evidence Khashoggi Was Murdered?

Turkish sources say there is. The U.S. press has reported that unnamed Turkish officials have told them—or unnamed second-hand Turkish sources had told them—they have evidence, audio and video, that a team of Saudi officials detained, tortured, and killed Khashoggi.

However, no reporters, neither Western nor Turkish, have seen that evidence. …

4. What Does the Khashoggi Affair Have to Do with the Gulf Cooperation Council Cold War?

Since spring 2017, the Gulf Cooperation Council has been split, with senior partner Saudi Arabia and the United Arab Emirates (UAE) pitted against another U.S. ally, Qatar. Riyadh and Abu Dhabi accused Doha of supporting terrorism and getting too close to Iran, and imposed an embargo on their junior partner.

Turkey sided with Qatar, where it has a military base. Erdogan has sought to heal relations with Riyadh but still has problems with the UAE as well as Abu Dhabi’s sprawling client, Egypt.

Qatari media outlets are leading the information campaign, publishing the most garish rumors, like the prospect that Khashoggi was cut into pieces. …

7. How Did a Man [Khashoggi] with Extensive Ties to Intelligence Services as Well as Extremist Groups Get a Green Card?

Russian build-up in Libya: Europe now fears Putin will manipulate migrant flow
Next Post
Media biased in favor of Elizabeth Warren on ancestry claim despite compelling evidence against it