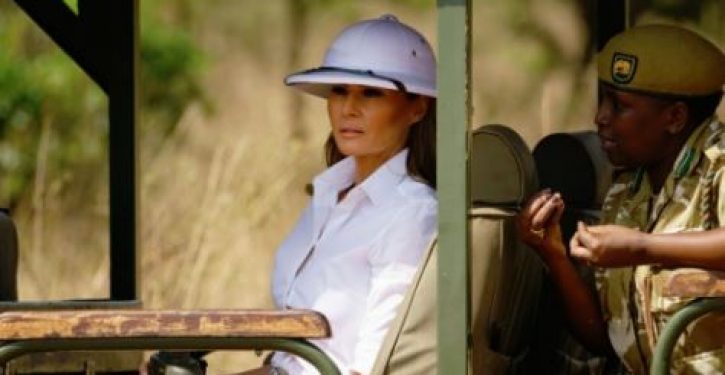 [Ed. – It was especially humiliating to Obama’s relatives, who were so upset they retreated to their hovel.]

First lady Melania Trump has come under attack by media outlets during her Kenya trip for wearing a white pith helmet described as a symbol of white colonial rule.

The helmet, which she wore Friday during a safari in Nairobi, was blasted as a “common symbol of European colonial rule” by The New York Times, while CNN said it has “come to symbolize white rule.”

The [U.K.] Guardian said the helmets “were worn by European explorers and imperial administrators in Africa, parts of Asia and the Middle East in the 19th century before being adopted by military officers, rapidly becoming a symbol of status — and oppression.”

The first lady refused to take the bait, telling reporters Saturday that she had no comment on her wardrobe.

“We just completed an amazing trip — we went to Ghana, we went to Malawi, we went to Kenya, here we are in Egypt,” she said as reported by NPR. “I want to talk about my trip and not what I wear. That’s very important.” 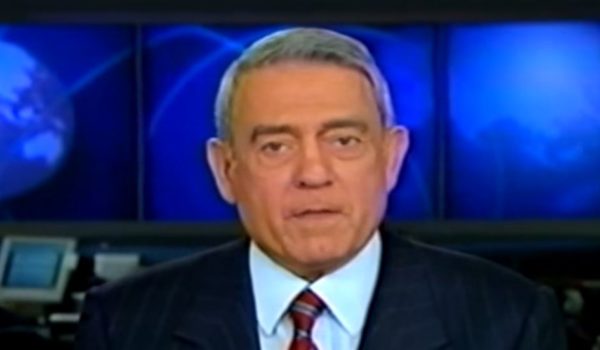 Dan Rather: Collins ‘missed her moment to be a hero’ by voting for Kavanaugh
Next Post
Republicans fear Democratic ‘blue wave’ spreading to once-safe districts