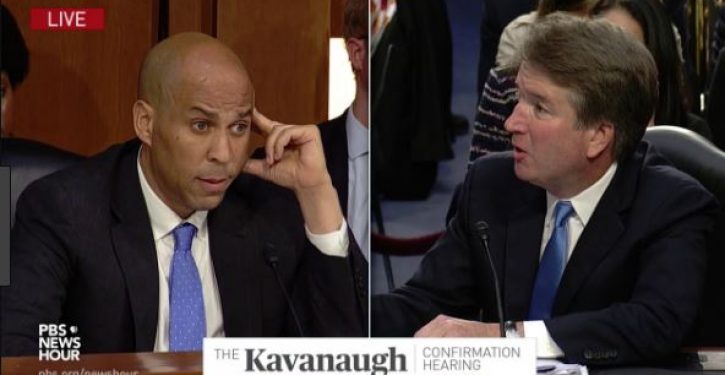 [Ed. – Democrats themselves aren’t all that enthusiastic, for that matter.]

[I]ndependent voters overwhelmingly disapprove of [the Democrats’] handling of the nomination by a 28-point margin, a new CNN/SSRS poll finds.

Overall, just 41 percent of those polled said they wanted to see Kavanaugh confirmed, compared to 51 percent who said they opposed his confirmation. In previous CNN polls dating back to Robert Bork in 1987, no nominee has been more deeply underwater.

What’s interesting, however, is even though Democrats on the surface would seem to have public opinion on their side, just 36 percent approved of how they handled the nomination, compared to 56 percent who disapproved. (Republicans were at 55 percent disapproval and 35 percent approval).