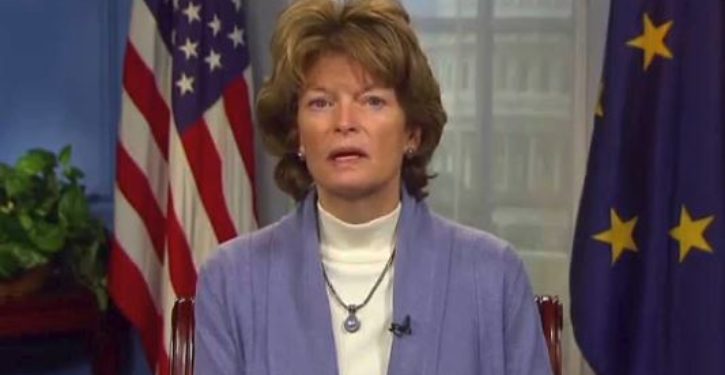 [Ed. – Not a smart tactical move. He may need her vote later on on some other issue.]

“I’ve done so much for Alaska, I was shocked to see her vote. Absolutely shocked,” Mr. Trump told Fox’s “Justice with Judge Jeanine.” “And frankly so were other Republicans.”

Ms. Murkowski was the only Republican who did not vote in favor of the nomination. One Democrat, Sen. Joe Manchin of West Virginia, voted in favor of confirmation.

Mr. Trump added, “I thought it was very frankly disgraceful, and I appreciate that a Democrat, Joe Manchin, came and he voted in favor of Justice Kavanaugh.”

The president cited his support for oil drilling in the Alaska National Wildlife Refuge — the Bureau of Land Management began scoping the region in April after Congress opened it up for leasing — saying it meant “trillions of dollars.”

“I’m not equating one thing with the other at all,” Mr. Trump added.