[Ed. – Oh.  Note: this could be one of Trump’s “blessings in disguise.”  Monahan’s allegation might become less credible if what the lawyer says about her refusal to hand over a video is true.  The parallels of that with the credibility hits Ms. Ford is now taking would not be lost on objective viewers.]

An ex-girlfriend’s allegation that Minnesota Rep. Keith Ellison once physically abused her could not be substantiated because she refused to provide video she said she had of the incident, an attorney with links to the state’s Democratic party who was hired to investigate the claims concluded in a draft report obtained by The Associated Press.

The party launched an investigation after Karen Monahan alleged in August that the Democratic congressman dragged her off a bed by her feet while screaming obscenities at her in 2016. …

In her report , Ellingstad noted Monahan’s shifting rationale for refusing to produce the video footage, including that it was lost, on a USB drive in storage or that it was too embarrassing and traumatic to release. Ellingstad also wrote that Monahan would not allow her to view the footage privately, and that Monahan’s sons — who claimed to have seen the video — declined interviews.

Flake: ‘Not a chance’ I’d call for Kavanaugh investigation if I were up for reelection
Next Post
BREAKING: Yale classmate says Kavanaugh threw beer on a guy after UB40 concert in 1985 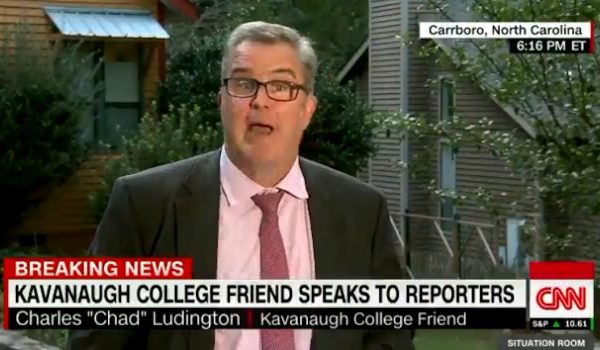