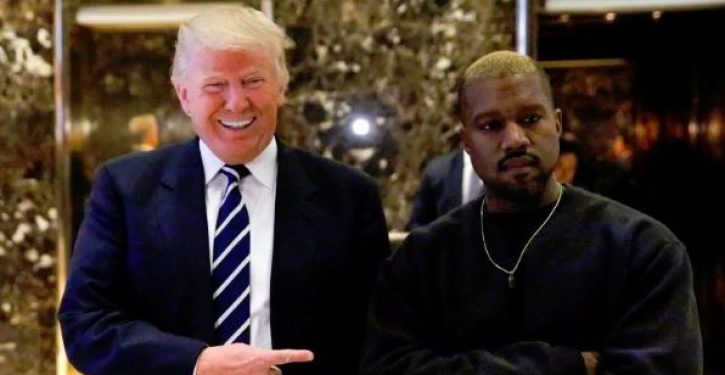 [Ed. – ‘Whether you agree or disagree with Kanye West’s pro-Trump rant on #SNL, it took more guts to do that than any trite anti-Trump rant from Robert DeNiro, Jimmy Kimmel or Matt Damon.’ – IBD]

In the end, dressing up as a bottle of Perrier sparkling water may not have been the biggest risk Kanye West took on “Saturday Night Live.”

As he wrapped up his “SNL” appearance, the rapper donned a red “Make America Great Again” hat and defended President Donald Trump, who said he heard that Kanye was “great.”

West capped off his curious musical guest gig, where he subbed for Ariana Grande, with a rambling rant after NBC’s broadcast ended. The impromptu speech was captured by Chris Rock, who posted it to his Instagram Story.

“Black man in America, supposed to keep what you’re feeling inside right now,” West sang softly. “All those Democrats. You know, it’s like the plan they did, uh, to take their fathers out the home and promote welfare. Does anybody know about that? That’s a Democratic plan.”

Staffer for would-be Fla. Governor Andrew Gillum fired after calling for Trump’s execution
Next Post
Has goal of Kavanaugh investigation shifted from proving him a sex pervert to proving him a rummy? 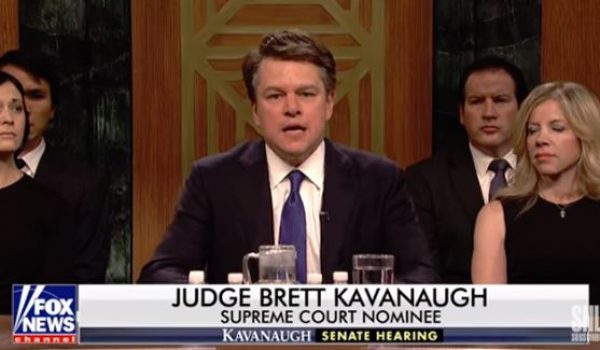