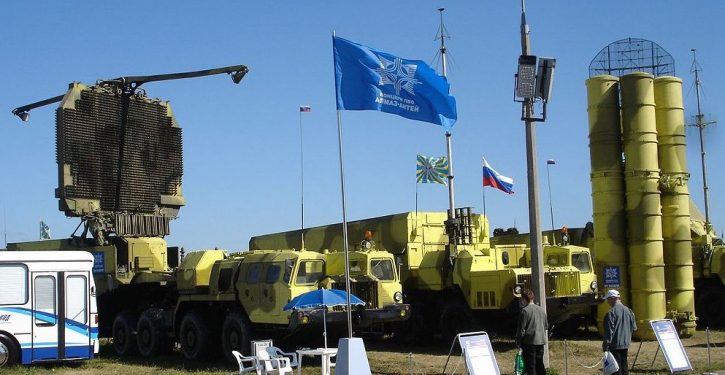 [Ed. – Note: Syria was already understood to have an older version of the S-300.  What Russia is probably delivering is a suite like Iran’s PMU-2.  The size of the package probably won’t give Syria comprehensive air space coverage.  The real point is the geomilitary move Russia is making in conjunction with it, declaring territorial air space over the Med off limits.]

Defence Minister Sergei Shoigu had said on Monday the system would be delivered to Syrian President Bashar al-Assad’s forces in two weeks despite strong Israeli and United States objections. A week previously, Moscow had accused Israel of indirectly causing the downing of a Russian military jet in Syria.

“The delivery started already and as President (Vladimir)Putin said, after that incident … the measures that we will take will be devoted to ensuring 100 percent safety and security of our men,” Lavrov told a news conference at the United Nations.

Under fire, Dianne Feinstein blames Ford for leak of her letter to the media
Next Post
California: Gov. Jerry Brown signs bill raising age requirement to buy rifles, shotguns to 21