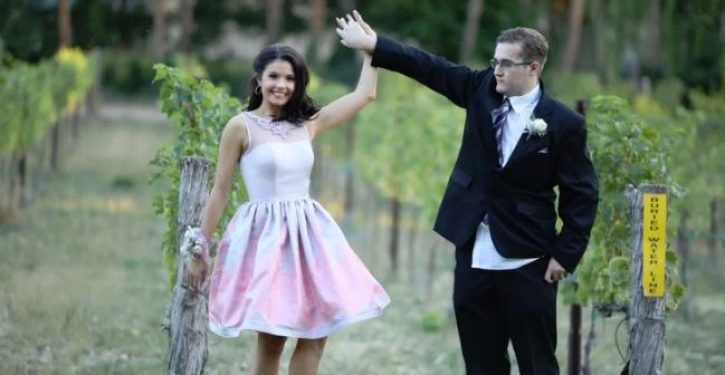 Students at a Taylorsville high school pulled a prank on a bullied student by tricking him into thinking he had been asked to the homecoming dance, when in reality it was a hoax.

What happened next left the bullied student with the last laugh — and it’s all caught on camera.

Miss Greater Salt Lake, Dexonna Talbot, heard about the incident and showed up at Michael Conrad’s history class to ask him out for real.

Talbot showed up in Michael Conrad’s class with Starburst — his favorite candy — and a poster, and asked him to the homecoming dance. She said it was important she make the proposal at school.

“I really wanted to make sure it was at the school. So that way those people who have been bullying could see something positive was coming from this and that they weren’t winning.”

Michael’s mother Jennifer Conrad said her son has Autism and ADHD and it’s hard for him, but he tries to never let it slow him down. This incident, however, impacted him negatively.

‘Independent’ investigation of Keith Ellison by Minnesota Dems not so ‘independent’
Next Post
Sen. Tom Cotton: Some statements by Dems about Kavanaugh resemble ‘Stalinist show trials’