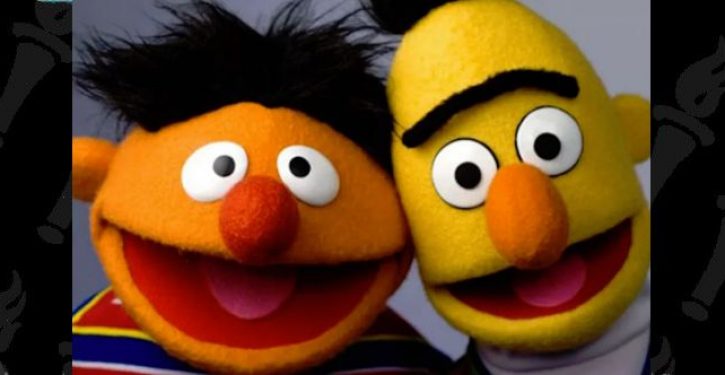 [Ed. – Because their entire lives consist of obsessing over proving to the world that their normal and ubiquitous?]

On Sunday, Queerty released an interview with longtime “Sesame Street” writer Mark Saltzman that touched on Bert and Ernie’s relationship. Asked whether he’d thought of the two characters “as a gay couple,” Saltzman responded: “I always felt that without a huge agenda, when I was writing Bert & Ernie, they were. I didn’t have any other way to contextualize them.”

In the wake of this admission, the Internet went wild with the “confirmation” that the cohabiting Muppets are, as so many of us have always suspected, queer.

On Tuesday, the official Sesame Street Twitter account posted that Bert and Ernie were merely “created to be best friends.” Frank Oz, their creator, also addressed it, this time with a dismissive shrug:

“They’re not, of course,” Oz wrote. “But why that question? Does it really matter? Why the need to define people as only gay?”