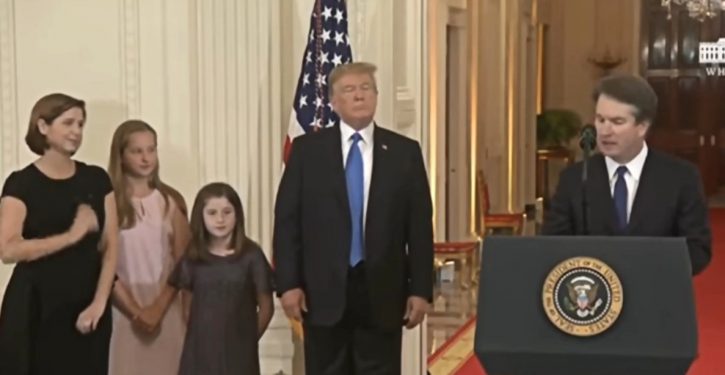 [Ed. – Democrats have emphasized repeatedly that Christine Blasey Ford has received death threats. Are they equally concerned forBrett Kavanaugh and his wife, who have also received some ugly threats?]

Ford’s lawyers told The New York Times that in addition to threats, her email account has been hacked and she’s been forced to leave her home.

Kavanaugh’s wife, Ashley, has also been on the receiving end of graphic death threats, sent in emails obtained by Fox News.

“Please tell your rapist, lying, cheating, corrupt b—h of a husband to put a bullet in his ugly f—–g skull,” one email read. “My condolences to you for being married to a rapist. Although you probably deserve it.”

A third email, typed entirely in capital letters, read, “F–K YOU AND YOUR RAPIST HUSBAND.”

Quote of the Day: I believe Dr. Blasey Ford because she’s telling the truth
Next Post
Airline passengers bleed from noses and ears as pilots ‘forgets’ to regulate cabin pressure