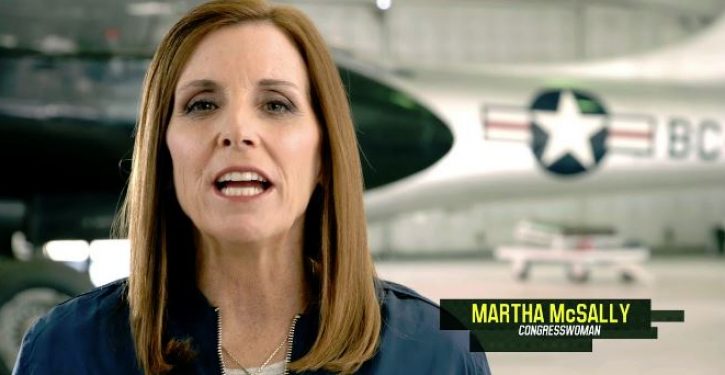 The Democratic path to a majority in the Senate is narrow and fraught, and if it exists at all, it runs through Arizona, a conservative state that last sent a Democrat to the upper chamber 30 years ago.

But in a year when Democrats have a substantial advantage, Republicans worry their hold on a once-safe seat is in jeopardy — and their standard-bearer, Rep. Martha McSally (R), is warning that her campaign may be the last chance to prevent a Senate Majority Leader Charles Schumer (D-N.Y.).

“If there is any chance for them to be in charge, it goes through Arizona,” McSally told supporters at a local Republican club recently. “I am the firewall.”

McSally is the embodiment of an evolving Republican Party, one in which populist fans of President Trump are superseding traditional conservatives who are no fans of the president.

She once distanced herself from Trump during the 2016 campaign, when she said she was “appalled” by Trump’s comments on an “Access Hollywood” audio tape with former NBC host Billy Bush, which she called “disgusting.”

Beto O’Rourke tells black voter that illegal immigrant labor is needed to run the cotton gins
Next Post
Quote of the Day: I believe Dr. Blasey Ford because she’s telling the truth