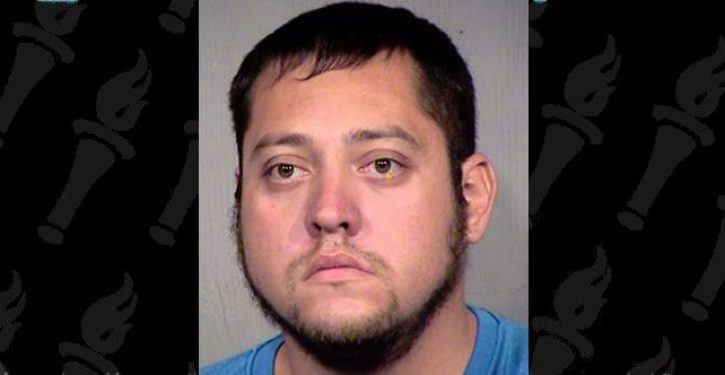 [Ed. – If nothing else, it’s one of the weirdest perversions to come along in some time.]

An Arizona man feigning to suffer from Down syndrome tricked a series of female caregivers into bathing him and changing his diaper, according to investigators who have filed felony sex abuse and fraud charges against the creepy scamster.

As alleged in court documents, the scheme by Paul Menchaca, 31, began in May when he advertised on CareLinx, a “nationwide professional caregiver marketplace” that connects clients with home care workers.

In response to the ad, a caregiver corresponded solely via text with a woman named “Amy,” who claimed to be Menchaca’s mother. “Amy” told the caregiver that her son had Down syndrome and “required diaper changes and assistance with bathing,” according to a court filing

Police allege that “Amy,” who arranged for payments and provided care instructions, was actually Menchaca himself.

The first caregiver told police that she bathed Menchaca and changed his diaper on about 30 occasions. The woman told police that Menchaca occasionally complained “aggressively” that his genitals “were not cleaned enough,” which prompted her to wipe them “more thoroughly.” The caregiver added that Menchaca “had an erection every time his diaper was changed and when he was bathed.”