[Ed. – New depths of stupidity.  Howard Portnoy pointed out earlier that Barack Obama used the “M” word in (gasp) public in 2008.  Katie Pavlich and Rich Weinstein have compiled quite a collection of Democrats chiming in, saying “monkey” over and over and…over.]

Yesterday a firestorm erupted when Florida Republican gubernatorial candidate Ron DeSantis said during an interview on Fox News, “The last thing we need to do is to monkey this up by trying to embrace a socialist agenda with huge tax increases and bankrupting the state.”

His Democrat opponent Andrew Gillum and his friends in the leftist media immediately pounced, saying the use of the term was a “racist bullhorn.” …

But despite their outrage, Democrats haven’t had any trouble regularly using a similar term: “monkeying around.” This includes Democrats working directly for President Barack Obama. 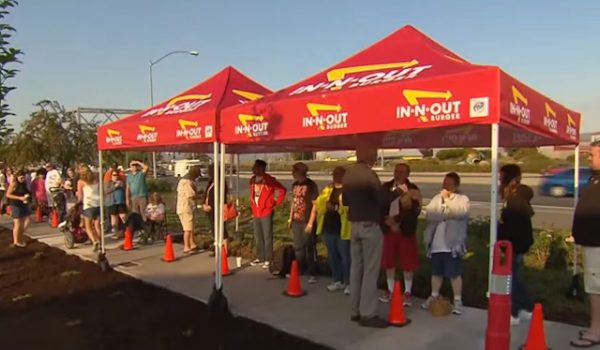 Hilarity: California Dems call for boycott of In-N-Out Burger after it donates to GOP
Next Post
Hmm: China refuses to turn over flu virus sample with pandemic potential