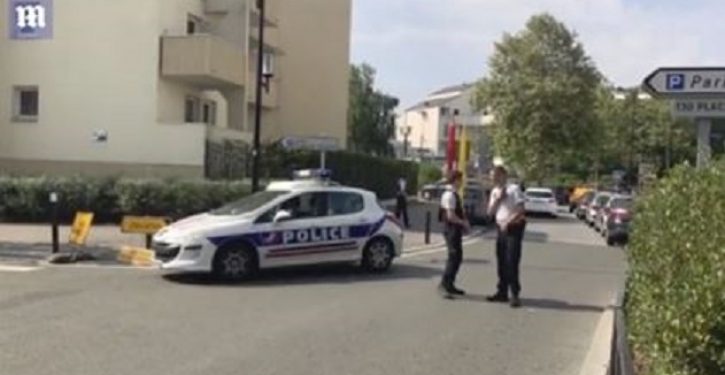 A 36-year-old taxi driver has been identified as the man behind a knife attack outside Paris today in which he stabbed his mother and sister to death and seriously injured a third person.

Kamel Salhi, who had been on a terror watch-list since 2016, was shot dead by police after shouting ‘Allahu akbar’ during the attack in Trappes.

ISIS has claimed responsibility for the attack in the town 20 miles west of Paris, where more than 50 people have travelled to Syria and Iraq to fight for ISIS.

Shortly after the attack, ISIS’s Aamaq propaganda agency tweeted that the man had heeded their calls to target ‘nationals of coalition countries.’

However, local police believe the attack may have been caused by a ‘domestic argument’, although his motive is not yet clear.

1 in 5 Democrats agrees with Cuomo’s original assessment that America was never great
Next Post
Why N.J. Sen. Bob Menendez is in the political fight of his life