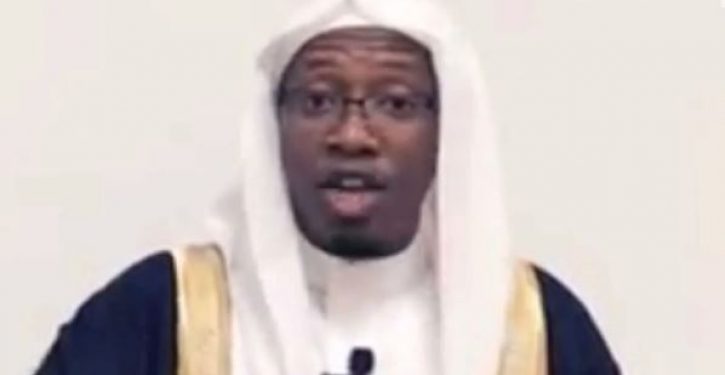 [Ed. – Liberals would defend the veiled threat in his words by citing freedom of religion. Then again, in their view there’s only one religion covered by that right.]

A Virginia-based imam who appears to hold the Trump Administration in contempt told his listeners that America has “great potential” and that he believed that “it will be a Muslim nation.” Imam Sulaiman Jallo gives English-language sermons in several mosques, including Dar Al Noor in Manassas, Virginia.

What has happened to the rachma in the hearts of mankind when children are detained in the borders of the country that hails itself to be the freest nation, the country that hails itself as the beacon of light on top of a hill for the rest of the world to see as an example? What happened when we as a nation exit the United Nations Human Rights Council? It means our record is so stained we do not even have the integrity and the honor to show our faces there to tell people what is human rights.

He continued, “What’s in the mind of someone so depraved to think that a child is worth imprisonment?”